Hit enter to search or ESC to close
BlogNightclubNightlifePool Party

Party Your Way Into June The Vegas Way

Now that Memorial Day Weekend Las Vegas has kicked off the summer insanity of Vegas pool parties, day parties, night parties, and so forth, you’ve got one option in this summer: to party. Yep, we’re pretty excited too.

Get your hump day party on with none other than British DJ Duke Dumont as he throws down beats at the sexy Wynn Encore Hotel’s Intrigue Nightclub. One of the newest clubs in Las Vegas, Intrigue is filled with dark, intimate corners to really spice up the night. 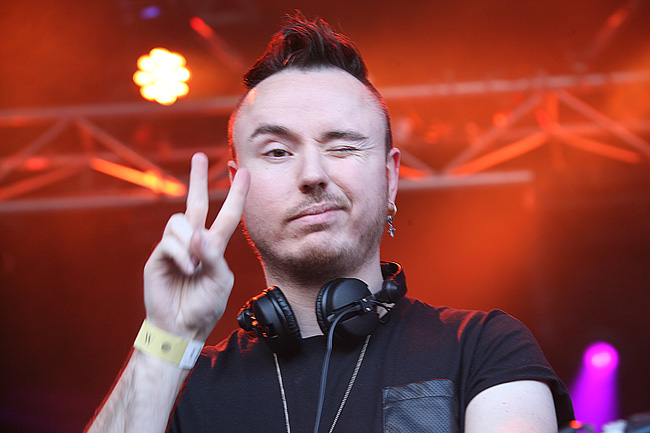 Check out the hottie locals as they compete in Wet Republic’s Hot 100 competition. Scantily clad guys and gals ogling each other as well as the competition of locals doing their best to win money and incredible prizes… yeah, you won’t want to miss out on this event with DJ Shift keeping booties shaking all day.

Considered “infectious dance-pop” the electronic DJ trio consisting of brothers Jean Paul and Alex Makhlouf and Samuel Frisch are playing their hits like “Take Me Home featuring Bebe Rexha” at Hakkasan Nightclub. Dance the night away while rubbing shoulders with other sexy party people.

Now, if you’d rather keep the wet and wild party going, head over to Encore Beach Club for a nightswim in your sexiest nightclub meets pool party ensemble. Alesso, the infamous Swedish DJ, is headlining the party and sure to show you and friends a good time.

Get your feel of Marquee’s Dayclub and Nightclub on Friday by starting with French DJ Cedric Gervais as he headlines the wild day party atop The Cosmopolitan. Things are sure to get wild – and weird – but don’t worry, it’s all in fun because, after all, it is Vegas baby.

Later in the evening, keep the party going with DJ Ruckus at Marquee Nightclub. There’s nothing better than getting weird at The Cosmopolitan as it is the swanky place to party. You can also head to Encore Beach Club to see Jauz play his best of dubstep, trap, bass house and future bass. As the main event for the evening head to Caesar’s Palace Las Vegas to the Omnia Nightclub for the one and only Calvin Harris.

Saturday keeps the party going with Kygo at XS Nightclub. It’s one of your last chances to see the super talented Norwegian who is hot off his Kids In Love Tour. He is heading to Ibiza mid-July for a summer residency at Ushuaïa Beach Hotel. You will also have the chance to see our fav, DJ Mustard at Tao Nightclub before heading to Drai’s After Hours club to see Dateless, where you certainly might find a date to watch the sunrise with (just sayin, yo).

Round out your week by heading to Encore Beach Club to see The Chainsmokers as they. You can also head to Tao Beach Club to party as KrisCut as she headlines this sexy soiree. KrisCut is a natural-born talent and former singer that has made a name for herself lighting up the stage from Boston to Los Angeles and everywhere in between.

When the sun sets, head to Drai’s Nightclub to see Walshy Fire of Major Lazer as he brings his vibrant energy to this rooftop club where the party does not stop.

Need help getting your party together? We are experts in Vegas party life, so let us help by hitting us up here. We got you covered for the best time of your life in Sin City.